On 1st July the 1st Battalion were behind the lines at Camp K training to take a {bomb} Crater before marching to Volkerinchove for more training on taking German trenches.

The 1/4th Battalion were at Gomme Court Wood. At 6.25 they bombarded the German lines that were infront of the wood. At 7.30am they ‘went over the top’.

The 1/5th Battalion were at Fonquevillers with the Notts & Derby brigade to the left and the Staffs to the right. The attack started at 7.30am attacking Gommecourt. A second attack started at 3.30pm but at 3.50pm they were to hold the line. They spent the night collecting the dead and wounded.They were relieved by the 12th London on the 3rd at 9.00pm. A message was recieved, “The Corps Commander wishes to congratulate the troops of the 46th Division for the manner in which they fought and endured during the fighting on the 1st July. Many gallent acts by units and individuals are at hand….”

The 8th Battalion are at La Cauchie moving to Humbercamps on the 5th, Talmas on the 6th, Soues on the 8th, Ailly-sur-Somme on the 10th …..

The 6th Battalion are at Humbercamps and follow similar marches to the 8th ending up at Fricourt in the trenches for Fritcourt Wood.

The 7th are at Bailleul Mont moving to Gommecourt to act as reserves. Then to Bottom Wood by the 11th having 30 casulties. 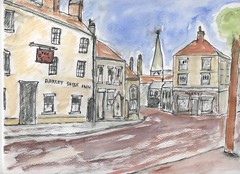 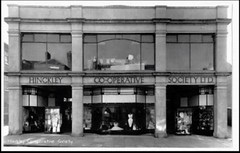 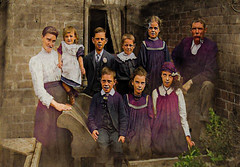 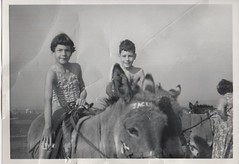